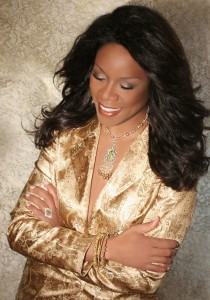 Announcing two of our 2014 honorees at the Voices of Summer Gala on Friday, May 30th.

Denyce Graves
Recognized worldwide as one of today’s most exciting vocal stars, Denyce Graves continues to gather unparalleled popular and critical acclaim in performances on four continents. USA Today identifies her as “an operatic superstar of the 21st Century,” and the Atlanta Journal-Constitution exclaims, “if the human voice has the power to move you, you will be touched by Denyce Graves.”

Bootsy (born William Collins, October 26, 1951, Cincinnati) is one of the all-time great funk and R&B bassists/singer/bandleader. Inducted into the Rock and Roll Hall of Fame as a member of Parliment Funkadelic, Collins became a funk icon and solo star in his own right. He is known for his star-shaped sunglasses, glittery “space bass” and cartoonish demeanor. See more here