Broadening the Circle:
The Formative Years and the Future of The Voice Foundation 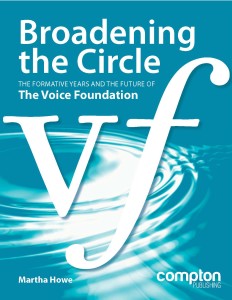 JOIN US AT THE BOOK LAUNCH PARTY

May 27, 8:30pm, The Westin Hotel Prefunction Hall. All Welcome

Broadening the Circle is more than a celebration and history of The Voice Foundation: indeed, it might be argued that it is, truly, the ‘state of the art’ (and the science!).

Here is a fascinating and illuminating chronicle of the development of the science and art of voice, told by the scientists, teachers, speech-language pathologists, otolaryngologists, and voice performers who have influenced – and continue to influence – this still-new and developing science built around the complexities of the human voice.

This book serves as something of a reality check. There is practical information about breathing, resonance, and belting, along with a detailed list of what needs to be clarified or studied further in the lab.

The discipline as we now know it is so young and there is so much unknown, that even those professionals that have been teaching and researching, in some cases for many decades, have barely begun to scratch the surface: they are still pioneers. It is truly exciting how open this field is. These next decades offer so much in the way of opportunity and advancement, and there can be no doubt that The Voice Foundation will be at the forefront in promoting and leading the field.

The story is told through interviews with the following scientists, teachers, speech-language pathologists, otolaryngologists, and voice performers: 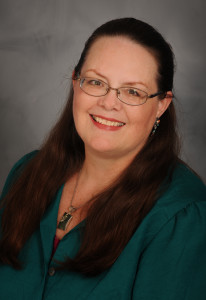 Attending her first TVF Symposium in 2011 was a revelatory experience. An elite performer for over three decades on opera, concert and recital stages, Martha was leery of “too much science” in the art of singing. What she found, was philosopher-scientists, singing-scientists, performers turned scientists, and an array of curious researchers creating practical experiments. The resulting body of knowledge transformed her understanding of her own voice and of the voices she taught in studio. It turns out that there are still plenty of mysteries, and the deeper understanding only adds to the ability to create art.