The Voice Education Research Awareness (VERA) Award is given annually to honor distinguished individuals for their unusual interest in and contribution to the field of vocal communication.

The Vera Award is given by the Voice Foundation Board to recognize:

View our Pintrest Board featuring past award recipients. 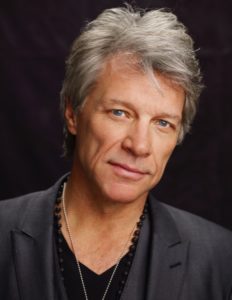 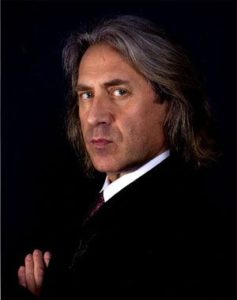 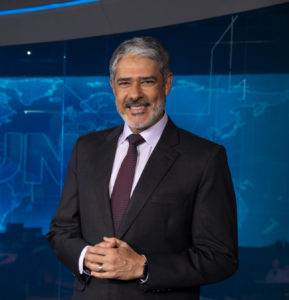 Kammersängerin Reri Grist enjoyed a notable career in opera, concert repertoire and Broadway musicals as one of the most sparkling, delightful and loveable sopranos on stage. Her voice was often described as “silvery, very flexible and accurate”. As a young, beginning professional she appeared in productions on Broadway with actors Ossie Davis, Ruby Dee and Helen Hayes. Her last Broadway appearance was in the original production of  ‘West Side Story’ in which she introduced the song “Somewhere”.

Kevin McDowell, Under Mr. McDowell’s guidance and direction, AVA has expanded its reputation as a training and performing arts institution, noted for both its artistic excellence and financial stability. He has overseen the expansion of the facilities to include two adjacent buildings, adding many new teaching and practice studios, as well as a new expanded library.

Daniel V. Schidlow, MD was appointed Walter H. and Leonore Annenberg Dean and senior vice president, medical affairs, at Drexel University College of Medicine on June 27, 2012. He has received numerous awards for his contributions to medicine and education, including the 2010 Lindback Award for Distinguished Teaching.

Catherine Malfitano, Singer, Actor, Director, and Teacher. Renowned as a unique music theater performer, Ms. Malfitano has appeared at all the world’s leading opera houses including the Metropolitan Opera. Her Emmy-award winning portrayal of Tosca, broadcast live from the actual Roman settings of the opera, was seen by more than one billion viewers worldwide.

Drexel University, President John A. Fry appointed Drexel University’s 14th president in 2010, has served higher education for his entire professional life. Through his roles as a consultant, board member, chief operating officer and chief executive, he has acquired a deep and broad understanding of the challenges of leading a major educational institution.

Vy Higginsen,  producer, publisher and founder of Gospel for Teens

Byron Janis,  renowned internationally as one of the world’s greatest concert pianists

Frederica von Stade,  the mezzo-soprano, known  by her nickname “Flicka,” has enriched the world of classical music for three decades.

Terry Stewart, CEO and President of the Rock and Roll Hall of Fame

Marni Nixon, one of the world’s best-known singing voices – the voice behind Audrey Hepburn, Natalie Wood and Deborah Kerr.

Martina Arroyo, Metropolitan Opera Soprano and founder of the Martina Arroyo Foundation, dedicated to the study and preparation of complete operatic roles for emerging young artists.

Richard Miller, Oberlin Conservatory Professor of Voice who has served as a key bridge between music and science.

Robert Driver, Producing Artistic Director of the Opera Company of Philadelphia at the Academy of Music.

Teddy Pendergrass, one of R & B’s most beloved artists with multiple gold records and Top 40 hits to his name.

Renata Scotto, operatic superstar and committed and generous instructor to the next generation of operatic talent.

Jack Klugman, world-renowned star of stage and screen, for his unending Support of The Voice Foundation.

Richard Leech, Internationally acclaimed tenor, referred to in the press as “a national treasure.”

David Bradley, chairman and owner of the Advisory Board company, a 400-person think tank serving 2000 medical centers, health systems and pharmaceutical companies in the United States.

Oren Brown, renowned voice teacher and master class technician, for his years of pioneering research and contribution to voice therapy.

Grace Bumbry, universally acclaimed as one of the greatest artists of our time who has dedicated her career to passing on her artistry through teaching.

Matina Horner, Ph.D., Executive Vice President of TIAA-CREF, for devoting her expertise and energies to voice research as founding president of the American Laryngological Voice Research and Education Foundation.

Special V.E.R.A. Award of Achievement to George Shirley, international performer, teacher, and lecturer, for his steadfast dedication to the Foundation’s goals.

Sherrill Milnes, internationally acclaimed baritone and master class teacher who champions the careers of young singers around the world.

Special V.E.R.A. Award of Achievement to Leon Fassler, Vice Chairman of Kings Electronics Co., Inc. and member of The Voice Foundation’s Board of Directors for his steadfast dedication, loyalty, and tireless personal effort towards the Foundation’s goals.

Licia Albanese, internationally acclaimed soprano and master class teacher who is committed to furthering the careers of gifted young artists around the world.

Judge Berle Schiller for his written contributions on the legal aspects of the emerging new field of Arts Medicine.

Special V.E.R.A. Award of Achievement to David Brewer, M.D. for his many years of dedication and leadership as Chairman of The Voice Foundation’s Scientific Advisory Board.

Rotan L. Lee, President of the Board of Education of the School District of Philadelphia and noted leader in civic and cultural affairs in Philadelphia.

Anthony Quinn, the internationally famed Academy Award-winning actor who has nearly 300 screen appearances to his credit.

Dan Rather, the renowned CBS television news anchor and journalist.

Anna Moffo Sarnoff, Foundation Board member, and Philadelphia native, for her devotion to voice arts and sciences.

Adele Warden Paxson, Chairman of the Opera Company of Philadelphia and the Academy of Vocal Arts, for her unstinting support of vocal music.

Enrico Manca, Chairman of the Board of RAI Radiotelevisione Italiana.

Special V.E.R.A. Award of Achievement to Geraldine Dietz Fox for her leadership in deafness and the communications disorders field.

Kitty Carlisle Hart, Chairperson of The New York State Council on the Arts, soprano with the Metropolitan Opera, star of Broadway and film, television performer, lecturer and educator, and an advocate for the role of women in society.

Special V.E.R.A. Award of Achievement to Alice Z. McHugh, Executive Director of The Voice Foundation from 1978 to 1985.

Roger L. Stevens, Chairman of the Board of Trustees of the John F. Kennedy Center for the Performing Arts and distinguished producer of more than 200 Broadway shows.

Special V.E.R.A. Award of Achievement to Gordon Getty, businessman, outstanding philanthropist, accomplished composer and musician, who has a particular interest in communication through music.

The Honorable C. Douglas Dillon, former U.S. Secretary of the Treasury; former U.S. Ambassador to France; Chairman of the Board of Dillon, Reed and Company, Inc.